Dubai’s drive to autonomous vehicles can revolutionise the city For many years, self-driving cars have been the stuff of science fiction books and movies. But we are now closer than ever to seeing autonomous vehicles becoming a regular sight on streets in Dubai and around the world and it could revolutionise how the transport system works.

Many of the world’s leading cars and commercial vehicle manufacturers have announced plans to develop autonomous vehicles, and tech companies such as Google have been developing the technology for it in recent years. There have also been numerous trials of driverless vehicles to assess their potential for providing safe and effective public and commercial transport solutions.

Dubai’s government has looked to embrace the potential of autonomous vehicles and wants the emirate to be at the forefront of developing commercial opportunities for driverless transport.

To this end, the government launched its Dubai Autonomous Transport Strategy in 2016, which has as one of its grand aims that by 2030 a quarter of all journeys made will be in driverless cars. They reckon that this plan could save billions per year through reducing transport costs, increasing individuals’ productivity, and cutting the number of traffic collisions.

Residents of Dubai are also behind the plan – a survey found that 70% prefer to use autonomous transportation and this is likely to only increase as time goes on.

Thanks to the government’s initiatives, Dubai is ranked as one of the leading countries in the world in terms of readiness for autonomous vehicles, according to consultancy KPMG.

The Dubai Silicon Oasis (DSO) also has an important role to play in the development of autonomous vehicles in Dubai. The DSO has been developed to be an advanced technology park, where technology interacts with the people living there in increasingly sophisticated ways.

A part of that plan includes the DSO acting as a test bed for self-driving vehicles and demonstrating proof of the concept.

There are five levels of autonomy for vehicles. Levels one and two are already seen widely in vehicles today. In level one, one part of the driving process is taken over by technology, such as cruise control. In level two, technology takes over the role of multiple functions, such as parking assistance and lane monitoring. In both, the driver remains in overall control with their hands on the wheel at all times.

At level three, the vehicle can drive itself in certain circumstances using maps, sensors, radar and continually updating data. The driver must be there to intervene when needed but can take their hands off the steering wheel for periods. This step is still reckoned to be a few years away from becoming commonplace in private vehicles.

Level four sees vehicles drive themselves, and the driver is not required, although they are still there in case they need to take up the controls in an emergency. However, vehicles are usually restricted to geofenced areas, such as urban environments.

In the final level, level five, the vehicle can self-drive anywhere because the data it receives from the computers and sensors it uses – and the environment around it – is updated so quickly it is sentient.

It is these final two levels that the Dubai government is focusing on, and to this end has announced plans to have driverless taxis on the road by 2023 – thereby becoming the first city outside of the USA to run such vehicles.

The Dubai Road Transport Authority (RTA) plans for trials to begin before the end of this year. Dubai will also become one of the first cities in the world to publish regulations on the use of driverless vehicles for commercial purposes. The RTA has recently signed a deal with US firm Cruise to supply the vehicles that will be used.

Passengers will be able to hire a taxi via an app, and through that they will also have the ability to control the climate in the vehicle and even choose which radio station they want to listen to on their journey.

There are many reasons why Dubai is investing in autonomous transport. The vehicles all run on electricity and therefore produce no emissions. They can also transport significant numbers of people – only needing to stop when they require recharging.

Autonomous vehicles also have the potential to significantly increase road safety. It is estimated that about 90% of all accidents involving vehicles have an element of driver error: it follows, then, that by taking the driver out of the equation, it will bring the number of collisions down as the combination of sensors, radar, lidar and data mean that vehicles don’t make errors and can quickly brake if anyone (or anything) moves out in front of it.

It is also hoped that using autonomous vehicles will help to cut congestion in Dubai and improve air quality as people will use these taxis, rather than those running on traditional petrol or diesel. For anyone who has ever been stuck in a jam, this is appealing, as is removing the stress of having to find a parking space.

Of course, this isn’t just limited to passenger transport: autonomous trucks can have uses in quarries or in ports, transporting materials or goods between pre-determined locations.

These vehicles will also be able to provide entertainment for all passengers so there is potential for tech-based entrepreneurs to develop bespoke products and software to run in these vehicles for the duration of a journey.

Likewise, there is potential to develop autonomous delivery services. Goods can be packed at the warehouse or distribution centre, and the vehicle programmed to make stops at the right places, whether for business or domestic customers.

Similarly, another innovation being tested is using small flying drones to deliver goods – and this is one more area entrepreneurs could exploit, as consumers are demanding quicker deliveries for goods purchased online.

Furthermore, autonomous vehicles fit in with the smart city concepts that are being developed, which also present opportunities to tech-based entrepreneurs, especially those involved in producing and collating data, which will be in increasing demand.

Dubai’s strategy for autonomous vehicles is certainly ambitious but it could revolutionise the way that we live our lives in the not-too-distant future.

An autonomous transport system has the potential to make commuting a much less stressful experience, and without the jams that are the concern of many people. As Dubai is an early adopter, it could show the world how it works and be able to export its technology to other cities around the world. An autonomous transport system could also prove to be another pull factor when businesses look to attract the most talented individuals from around the world to work for them.

The direction of travel – if you will pardon the pun – is clear for transport, and it is autonomous. The future is exciting, in Dubai and around the world, for this solution. 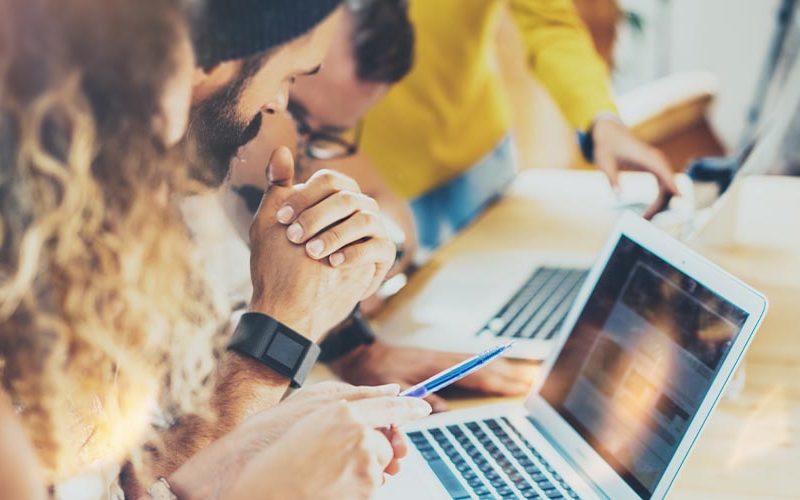