How to start an IT company in Dubai, UAE

Why are the best startup hubs found outside the central business districts? 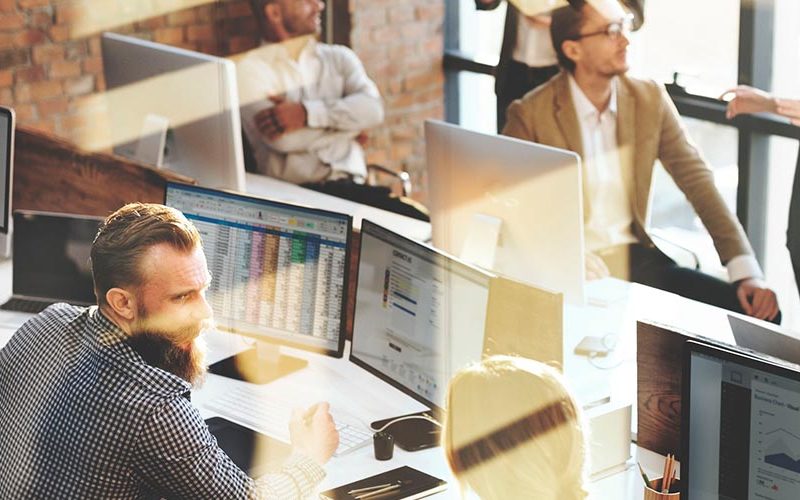 You don’t need to be in Silicon Valley to make an impact in the tech world these days.

Copycat names aside, what many of these hubs have in common is the fact that they’re located away from the central business district. This offers many advantages – from space and cost savings, to better transport links and more.

1. Affordable space in an up-and-coming area

It used to be that artists were always the first to move into less glamorous parts of any city. Eventually, their creative spirit ‘gentrified’ the area and made it a more desirable place to live.

Startup culture and tech-driven entrepreneurship is having a similar effect on the development of new areas in cities. This is evident when analysing metropolitan development before and after the introduction of major tech hubs to the area.

For example, in Paris’ outer 13th arrondissement, a former rail freight depot has been transformed into Station F – the world’s largest startup campus. Now, with the development of Station F, the 51,000 square metres former depot is home to 1,000 startups, 3,000 desk spaces, a 370-seat auditorium and more.

Vibrant communities are even more important to startups than location. Startups want to get the best space they can for the money they have. When rates are cheaper, more founders can launch businesses – encouraging more people to innovate.

The benefits of localising in up-and-coming areas extend beyond the startups themselves. By fostering a dedicated space for other like-minded businesses and entrepreneurs, startups are able to leverage the natural synergies between themselves and other startups and help build the local tech community’s wider reputation.

Another major benefits of being away from the central business district is that this is often where you’ll find large university campuses. For example, Dubai Silicon Oasis (which also borders Academic City) has RIT Dubai on its campus, offering specialised higher education programmes in mechanical engineering, mechatronics, and sustainability.

Over in Los Angeles, Loyola Marymount University actively advertises itself as ‘The University of Silicon Beach’, proudly extolling the virtues of its relationship with companies like EA Sports, ICANN, and IMAX.

It works the other way around too. In Dublin, plans were recently announced to build a EUR 1bn technology campus (part of Trinity College Dublin) in the heart of the Silicon Docks to better establish the area as a world-class innovation district.

Universities and higher education institutions are prime hotbeds for talent, research and development. As a startup founder, you’ll likely have a steady stream of graduates eager to apply their new expertise, while entrepreneurs will find no shortage of technology-driven projects looking for ways to raise capital and go to market

3. Live and work in the same area

City centres are notorious for being busy, crowded, and expensive areas to both live and work; often you end up paying a premium just for a prestigious address. By looking just outside of these areas you can often find cheaper, quieter spaces that offer all the amenities businesses need – and closer to home.

A great example of this is in Berlin, where the majority of tech firms can be found in the Prenzlauer Berg area of the city – which is also popular with couples and young families, and has no end of affordable apartments, cafes, bars, and restaurants.

Dubai Silicon Oasis is located in a smart, suburban, family friendly area, which is also popular with students. Meanwhile, London’s Silicon Roundabout is still very much an urban area – albeit not the traditional centre of the city – but given the excellent transport links (see below), getting to and from the residential suburbs is quick and easy.

When you’re a startup founder or entrepreneur, having your office just a short walk or bike ride away from your home means everything you need is within quick reach. This saves time and money – both of which can be spent on your startup.

Easy access to central business districts and airports is crucial to the success of startup hubs. Here in the UAE, Dubai Silicon Oasis is less than 20 mins drive to both the downtown area and Dubai International Airport.

Similarly, one of the reasons that London’s Silicon Roundabout is centred around Old Street is largely due to the area’s affordability and great transport links to both the commercial Square Mile (as the original City of London is known) and Canary Wharf – a major finance hub. It is also well-connected to London City Airport.

Being based in a new or developing area also means less traffic, shorter journey times, and often cost savings compared to the challenges of commuting to a downtown area. This is both attractive for employees and for founders who can spend a lot of their time travelling to meetings – across the city and overseas.

All things considered; you don’t need to be in the heart of the central business district to make a difference. In fact, in the grand scheme of things, real creativity and innovation have always come from outside.

Working in an area, city, or even building that’s specifically set up to cater to the needs of tech entrepreneurs will give startups ample opportunity to attract the right talent, access necessary facilities, and lower their overheads. It also gives companies an early mover advantage by setting up in an area slated to emerge as a hotbed of tech talent.

When all of this is available in a country like the UAE, which continues to be ranked at the top regionally for ease-of-doing business, the opportunities only get better. UAE Visa Renewal – all you need to know