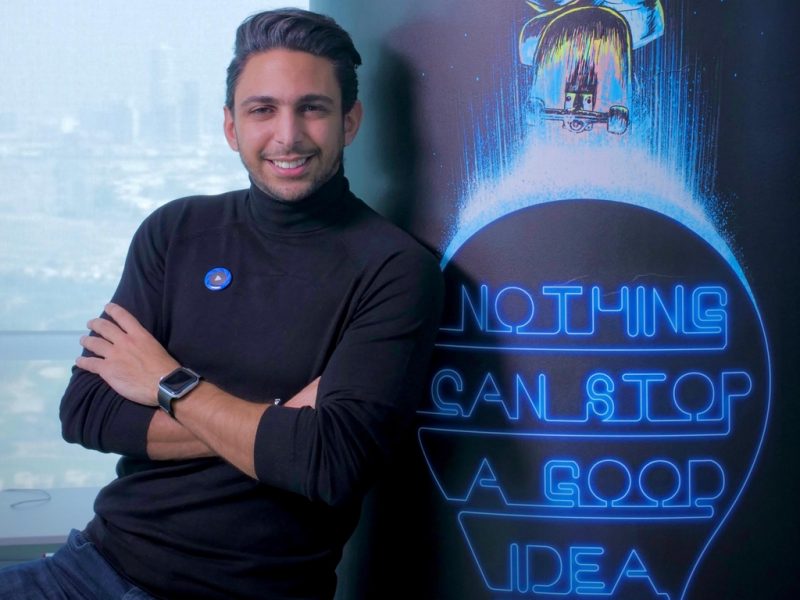 With the Covid-19 crisis leading to event cancellations, travel bans and lockdowns around the world over the past few months, it is no surprise people have been looking for virtual experiences while staying at home.

One of the popular videos on virtual reality mobile app 360vuz – short for 360-degree “views” – recently has been footage of China, taken one week before coronavirus lockdown. Users can also ‘travel’ to Sao Paulo in Brazil, Tokyo, Dubai or even Mars.

“We have seen a huge increase in demand for travel experiences, basically because many people cannot travel right now,” says Khaled Zaatarah, founder and chief executive of 360vuz.

However, it isn’t just travel people are craving. The app, which offers live streams and recorded videos of events and experiences in everything from entertainment to sports, has seen its users grow threefold between mid-March and mid-April.

“Especially with the current situation with Covid-19, we believe that now, more than ever, people want to be virtually present in different experiences … so it’s the perfect time for us to come in and support these different industries,” Mr Zaatarah says.

Although some restrictions and curfews are slowly being lifted in countries worldwide, 360vuz gives a glimpse of the near future where sports events are held without fans, celebrity classes are available online and “backstage passes” take on a different meaning.

Founded in January 2017, the start-up removes the constraints of “time, travel and access”, says Mr Zaatarah.

Even before the current crisis, 360vuz recorded a year-on-year increase of over 570 per cent in users in 2019.

It also recently raised $5.8 million (Dh21.3m) in a series A round to further develop its technology and scale the business, taking total funding to $7m.

With headquarters in Dubai, and offices in Los Angeles and Riyadh, 360vuz is looking to expand to Asia this year.

Augmented reality (AR) and virtual reality (VR) are expected to contribute $1.5 trillion to the global economy by 2030, according to PwC.

Platforms that broadcast live events in virtual reality include California-based NextVR, founded in 2009 and reportedly acquired by Apple for $100m last month. Others include Wave (formerly TheWaveVR) and MelodyVR, which focus on music concerts.

Users can experience events either through their mobiles or with VR headsets through Oculus, a pioneer in the VR space that was bought by Facebook for $2.3bn in 2014.

360vuz also has the option of use with a VR headset for the full experience or directly from their smartphone to “have a bigger target audience”, says Mr Zaatarah.

Some of the content is free, such as the travel videos and “anything that is open to the public”, Mr Zaatarah says, but there is a membership charge for “anything that is either very hard to access or ticketed”.

The app currently has over 4 million users, 20 per cent of which are paid subscribers. “Currently most of them are from Saudi Arabia and then a big portion from UAE and next from US,” Mr Zaatarah says. “[Recently] we’ve seen a big uplift from Asia, specifically from China.”

Possible destinations for Asia expansion this year include China, due to its huge population and technological innovations, or South Korea, home of the globally popular musical genre K-Pop, says Mr Zaatarah.

Of the start-up’s 21 employees, 70 per cent are based in Dubai. However, 360vuz also hires “teleporters” who cover live events, most of whom are in LA as an entertainment capital.

“You feel that you’re virtually present with our immersive video technology. You’re the director of the show,” says Mr Zaatarah. “You see the full authenticity of the location or the experience or the event.”

In the current environment, 360vuz is evaluating how to adapt as events with large audiences are postponed or cancelled, such as National Basketball Association games, the Premier League and the Tokyo Olympics.

“Some sports events, for example, will continue but without an audience, so we would help in bringing a virtual audience digitally,” he says. “It’s the time for us to now step in and to innovate more and to give users more of what they want to see.”

To read on about Khaled’s Q&A with The National, click on this link: Q&A: Khaled Zaatarah, 360vuz founder and chief executive